Such values as honor, conscience and nobility are of the utmost importance in work and day to day life for the team of the publishing house Virtus Interpress. We believe that these values found their best incarnation in the Japanese phenomenon of Way.

We also appreciate these values in other people. Especially, we are proud to declare that members of our large international professional network have the same values and we feel strong responsibility to care about these values. That’s why when we met in Sumy (a city in Ukraine where Virtus Interpress is located) a sensei Oleksandr Paschenko, a Ukrainian-born master of sword, who practices kendo and teaches adults and children essence of the Way and Bushido Code principles we understood that it is our mission to support his “dōjō” (in Japanese it means “a place of the way”). We also invite all our friends and partners all over the world who share similar interest in Japanese culture and values of the Way to join us in this initiative. We are going to support dōjō both: financially and organizationally.

Please contact us (at alex_kostyuk[at]virtusinterpress.org) if you have any ideas or suggestions and would like to join.

Below you may find the story of Oleksander Paschenko:

“How did my kendo as a way started? And why I say “way”? Because I cannot name it with other words. Probably it started when I was a 10 year old and some people brought to my native village a movie of director Akira Kurasava - "Seven Samurai". It seems that the movie influenced subconscious of the 10 year old boy. But at that time I did not think that after 30 years I will actively practice "way of the sword". But the movie had an effect on me and sowed the seed of the Bushido Code into my soul. But unfortunately in the 80s any kinds of Martial Arts were forbidden in the Soviet Union. Anyway living in the village I couldn’t get decent information about kendo or other Japanese martial arts. The only sources of information about Japanese culture, Bushido Code and kendo I could reach were movies. Being a village boy I could grasp that the key point of kendo is not only fighting but honor conscience are the main attributes of the person on the Way. Growing up I practiced many Martial Arts, such as karate, judo, wrestling, tried to do my best in developing technic, searching perfect performance. But one day I met a sensei in karate who showed me his dōjō filled up with bright kids. The building of the dōjō was a ruin, without a heating system, bathroom, with shabby walls etc. Nevertheless they didn’t pay attention to that, because they loved what they were doing. That was the moment I understood that my life will be connected with this place. And in 4 years I started my kendo Way. I wanted to make renovation in the building but faced serious financial obstacles. So practicing kendo I also practiced all kinds of building and renovation skills paying for all the materials with my own money. One-two times per week I visited dōjō in Kharkiv (a city 200 kilometers far from Sumy) to study kendo. That lasted for 3 years. Usually I couldn’t do renovation in the dōjō building at the daytime due to the schedule of the children’s trainings, so the majority of job was done at night. Later on I found my sensei in another Ukrainian city – Poltava and continued working on my kendo technic. He opened to me traditions of kendo of the Meiji epoch when it was based on Bushido principles. After 4 years, in 2014 I decided to develop kendo in my own city – Sumy. I started to gather the group of pupils (kids and adults), because by showing others I was studying myself. I try to develop idea of kendo not only like physical exercise, but something more deep spiritually and traditionally.” 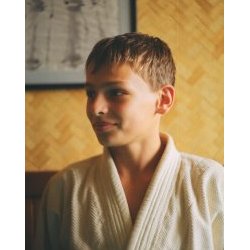 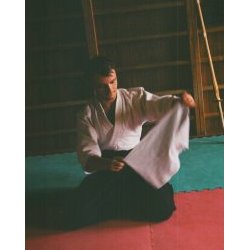 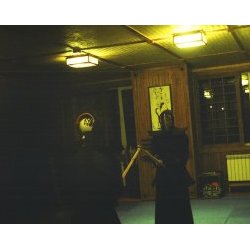 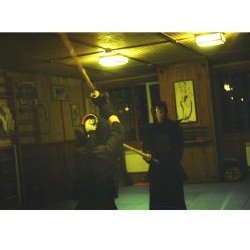 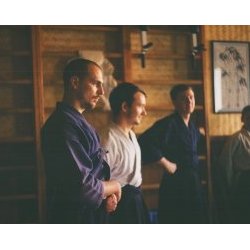 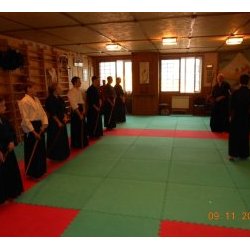 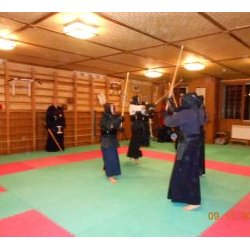 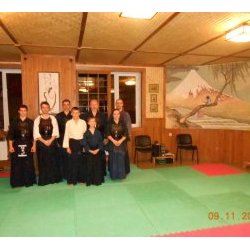 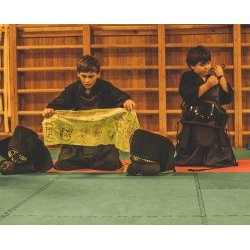 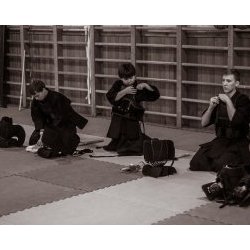 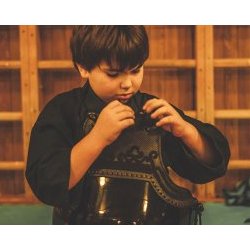 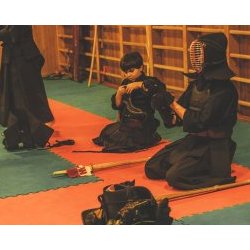 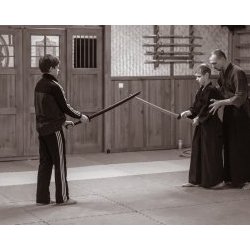 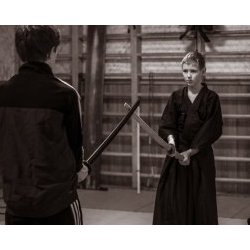 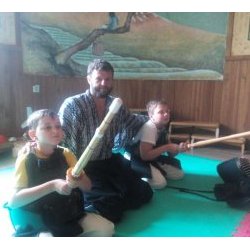