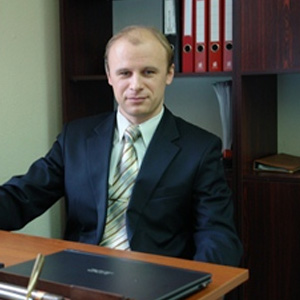 Dr. Alex Kostyuk is currently a Co-Editor-in-Chief of the Corporate Ownership and Control journal.

Editorship has added more value to his academic career through putting editorial responsibilities on him and has enabled to establish a great network of corporate governance experts worldwide which by now includes more than 22000 academics and practitioners.

Under the initiative and guidance of Alex Kostyuk the Center for Banking and Corporate Governance has been established in association with the Ukrainian Academy of Banking of the National Bank of Ukraine and publishing house Virtus Interpress (2010). Apart from that, Alex is a member of international research Centers in the United Kingdom and Argentina. In 2014 a new center was established - Virtus Global Center for Corporate Governance that continued activity and project of the previous one.

Alex serves as a reviewer for The Quarterly Journal of Economics, The Review of Financial Studies, the Journal of Organizational Behavior and Journal of Money, Credit and Banking.

Academic career of Alex Kostyuk has been followed with the Full Professorship at the Ukrainian Academy of Banking of the National Bank of Ukraine (since 2009), and visiting Professorship at Hanken School of Economics (Since 2010). He also was a visiting professor at ISTEC (Paris), University of Erlangen-Nuremberg (Germany).

Since 2017 Alex Kostyuk is affiliated with Kristianstad University (Sweden).