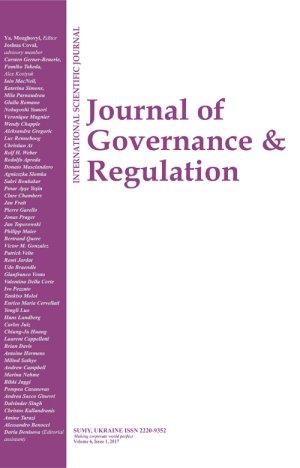 This paper examines how rules and institutions and monetary-fiscal coordination setup impact welfare outcomes during political instability. Our theoretical model extends the analysis of Alesina and Tabellini (1987), Alesina and Gatti (1995), and Ferre and Manzano (2014) to examine the signaling content of the fiscal authority’s decision to engage in a fiscal reform when the policymaker’s preferences are private information. In a two-stage signaling game featuring a central banker, a government, and private agents, we examine the fiscal authority’s decision to engage in a fiscal reform under a Nash game, a cooperative setup, and a model of Stackelberg leadership. Three main results: 1) rules and commitments contribute to decreasing time inconsistency; 2) the more control the fiscal authority has over monetary policy, the more undesirable welfare outcomes, especially during political instability; 3) central bank independence signals fiscal discipline and produces relatively more desired outcomes during times of political uncertainty. Nevertheless, even with low degrees of central bank independence, proper fiscal “rules” produce close outcomes of an independent central bank even under the dominance of a centralized political authority and can secure close welfare gains in terms of inflation and fiscal outcomes. We propose these theoretical findings for empirical examination in emerging countries with prevailing schemes of fiscal dominance and more dependence on discretionary interventions to secure growth rates and financing gaps. Such setups are argued to contribute to lowering welfare outcomes that could be reduced if proper fiscal rules were used as a substitute for low monetary independence.