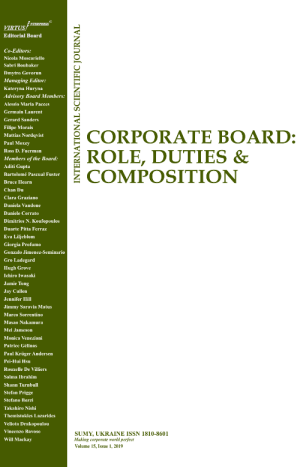 HOW LONG A TENURE IS LONG ENOUGH: CEOS TENURE AND ITS IMPACT ON FIRM’S PERFORMANCE

In a typical corporate setting, a CEO is analogous to the captain of a ship with ultimate authority vested in him by the board of directors, which in turn is elected by the owners (shareholders) of the firm (Fama, E. F., & Jensen, M. C. 1983). During the period he heads the firm, it is expected from him to take wise decisions which benefits the firm in long/short term and the stakeholders of the firm become well off. However, the length of the tenure varies to a great degree from firm to firm. This paper attempts to find out the impacts of these different tenures on the performance of the firm per se. In addition to that it tries to unearth any possible discernible pattern in the CEO tenure over the time. It also looks if the remuneration generally increases with the number of years spent in a firm or is it attached to performance and tenure is meaningless for remuneration. Do CEOs with long tenure try to tweak with the firm’s capex (expenditure policy), existing dividend policy etc. are few of the questions attempted to be addressed in here. A change in the previously mentioned characteristics of the firm, would lead to a radical transformation in the fundamental structure of the same. Hence, the article asks if CEOs turn the firm into a completely different entity from what they took over, when given long tenure. The study utilizes data from the Compustat/Execucomp database from a period ranging back to 1990 till date. However, it also analyses data before 1990, as it was found that CEOs held their positions for considerably longer tenure before the introduction of SOX in 2002. That analysis gives a first-hand experience of the changes experienced by the firms in the event of CEO change. The findings indicate, that the CEOs take some time to settle themselves in and subsequently increase their bargaining power with the board. Subsequent to which CEOs, who enjoy longer tenure tweaks with the firm’s existing policies and practices.